Reward your members with Kudos!

Community Kudos is the in-app notification section situated on the side navigation bar which displays who gave a member a Kudo. It also displays the number of Kudos received, given, and remaining to be given out by the logged-in member. 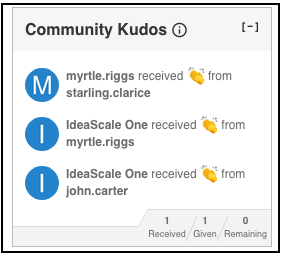 If a member has not been awarded Kudos over a period of a few days, they can all be awarded at one time. The Kudos remaining to be awarded can be seen in the Remaining count on the Community Kudos section.

Kudos can be awarded by clicking on the Kudos emojicon👏 , appearing beside the name of a member on the idea or on the comment. Hovering on the 👏 will show the list of members who were awarded those Kudos.

If a member has more Kudos collected and wishes to award more than one Kudo to other members, he can continue to click on the Kudos emojicon👏 multiple times.

Note: Kudos are designed to encourage participation. Kudos are meant to be shared with Members that contribute ideas and comments to the community. Members cannot award Kudos to themselves.

Kudos can be awarded from the following places: 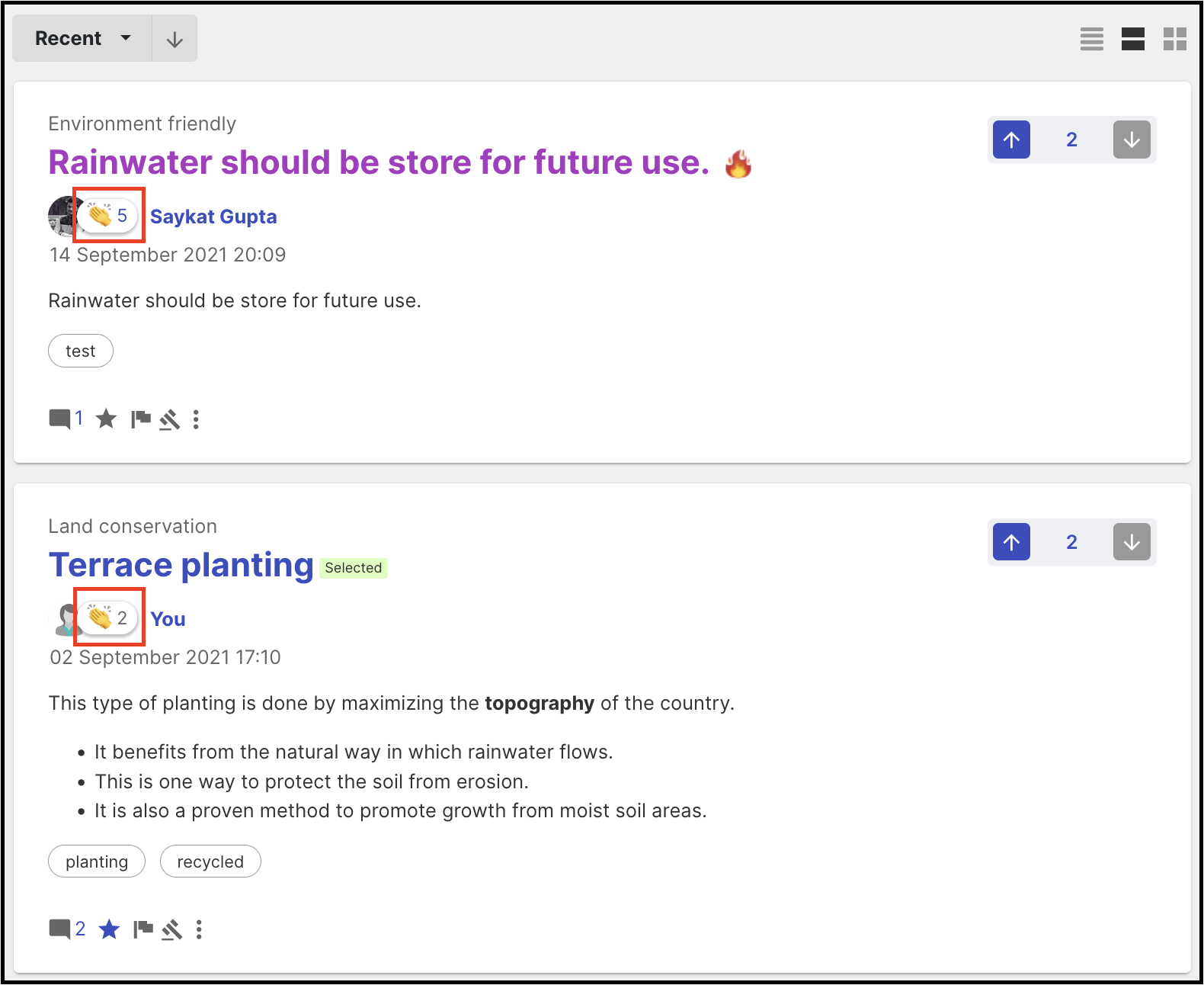 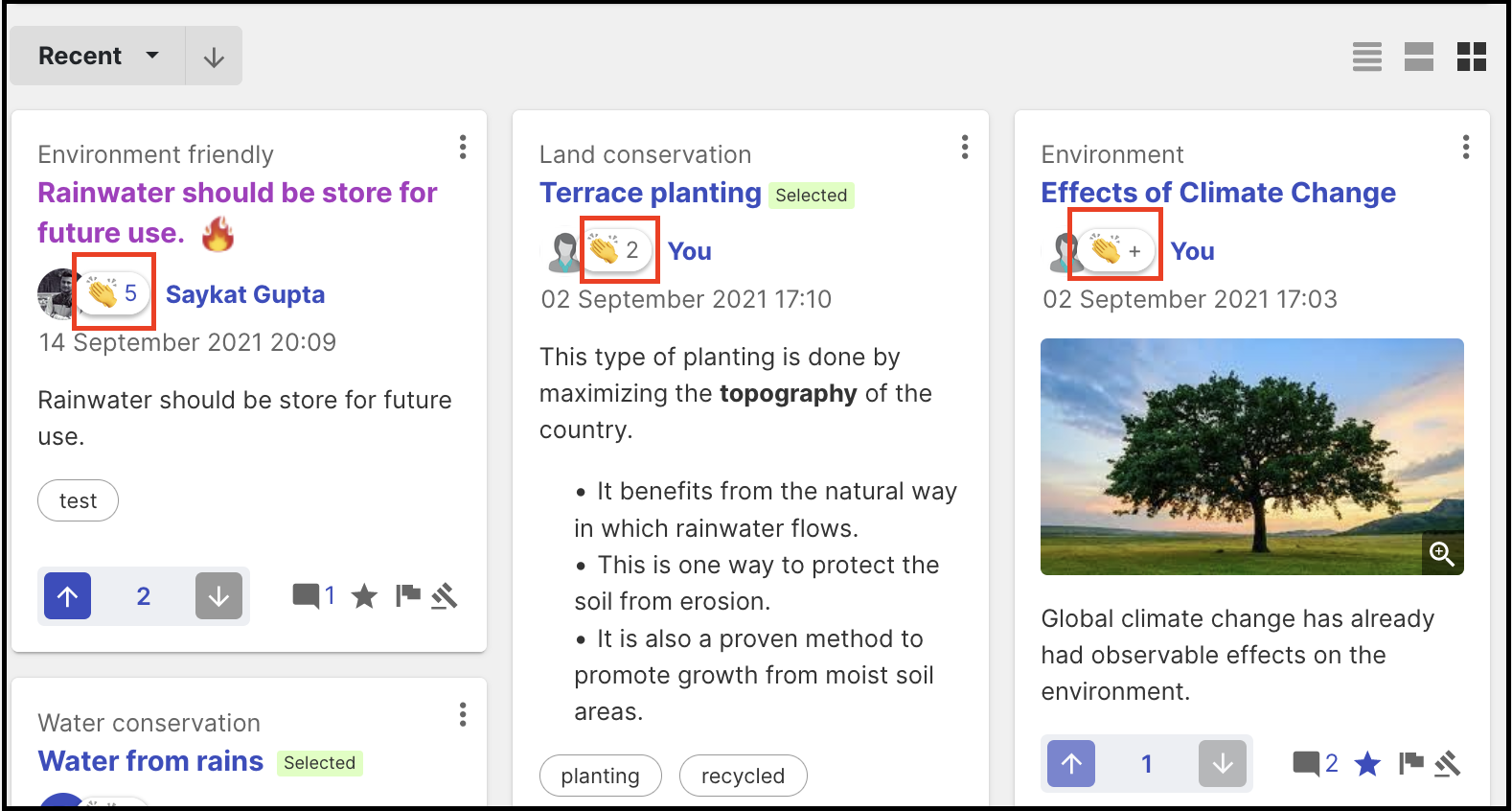 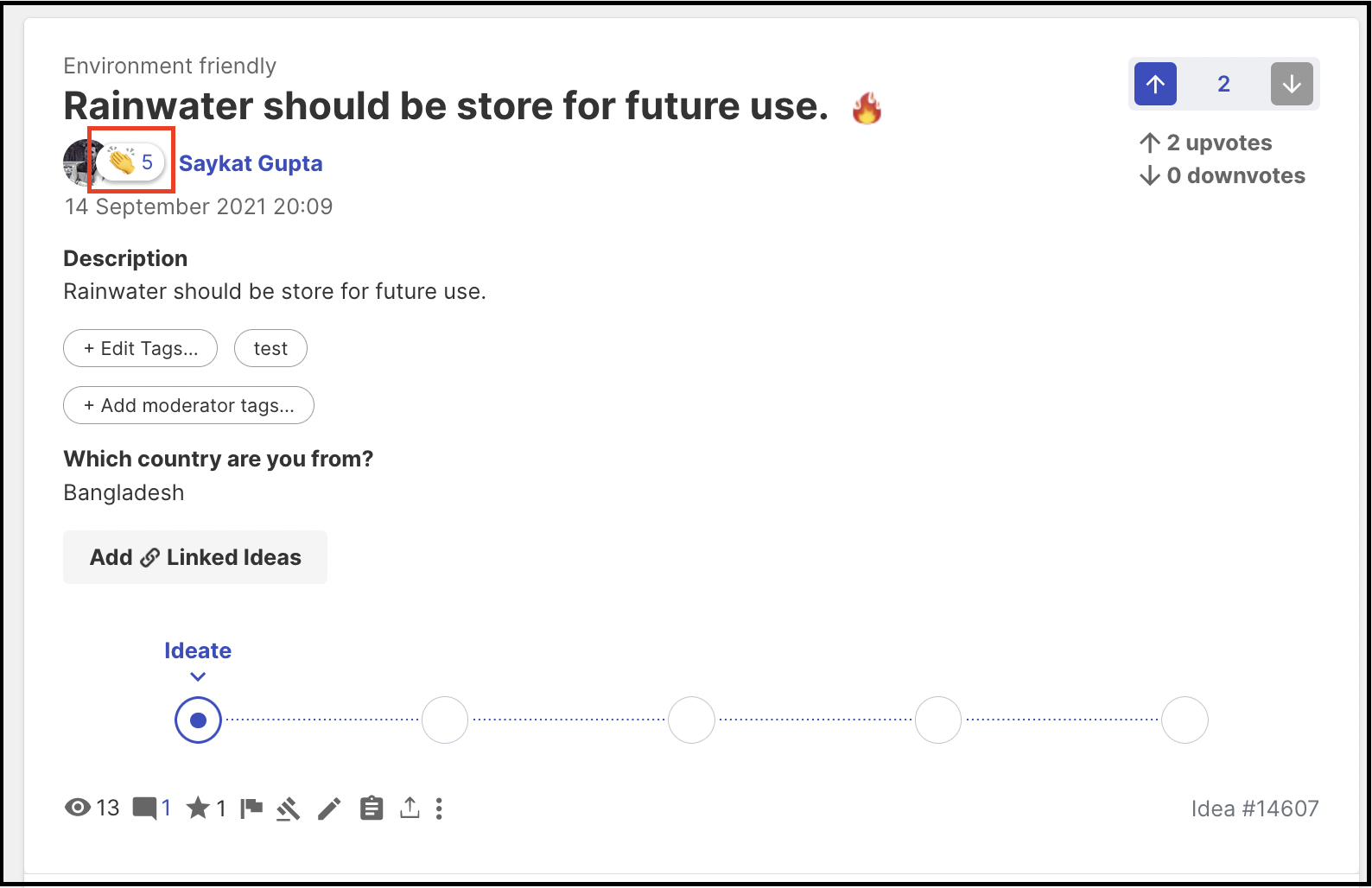 Navigating to a member's profile page will show the number of Kudos received by them.

Members will be able to see the top 10 members leading in the Kudos received and Kudos given count.