IdeaScale’s Moderate Idea feature allows Moderators to: edit, merge, delete, disable comment, change campaign and change the stage an idea is in from the homepage or from Incoming moderation. Moderators can also leverage the Inbound, Off Topic or Recycle Bin stages from here as per the requirements of the community.

Idea moderation can be done from the homepage as well as from Incoming Moderation.

To moderate an Idea, click on the Moderate Idea (Hammer icon) button. Below are the screenshots taken when the page is shown in List view, Grid view, and Compact view respectively. 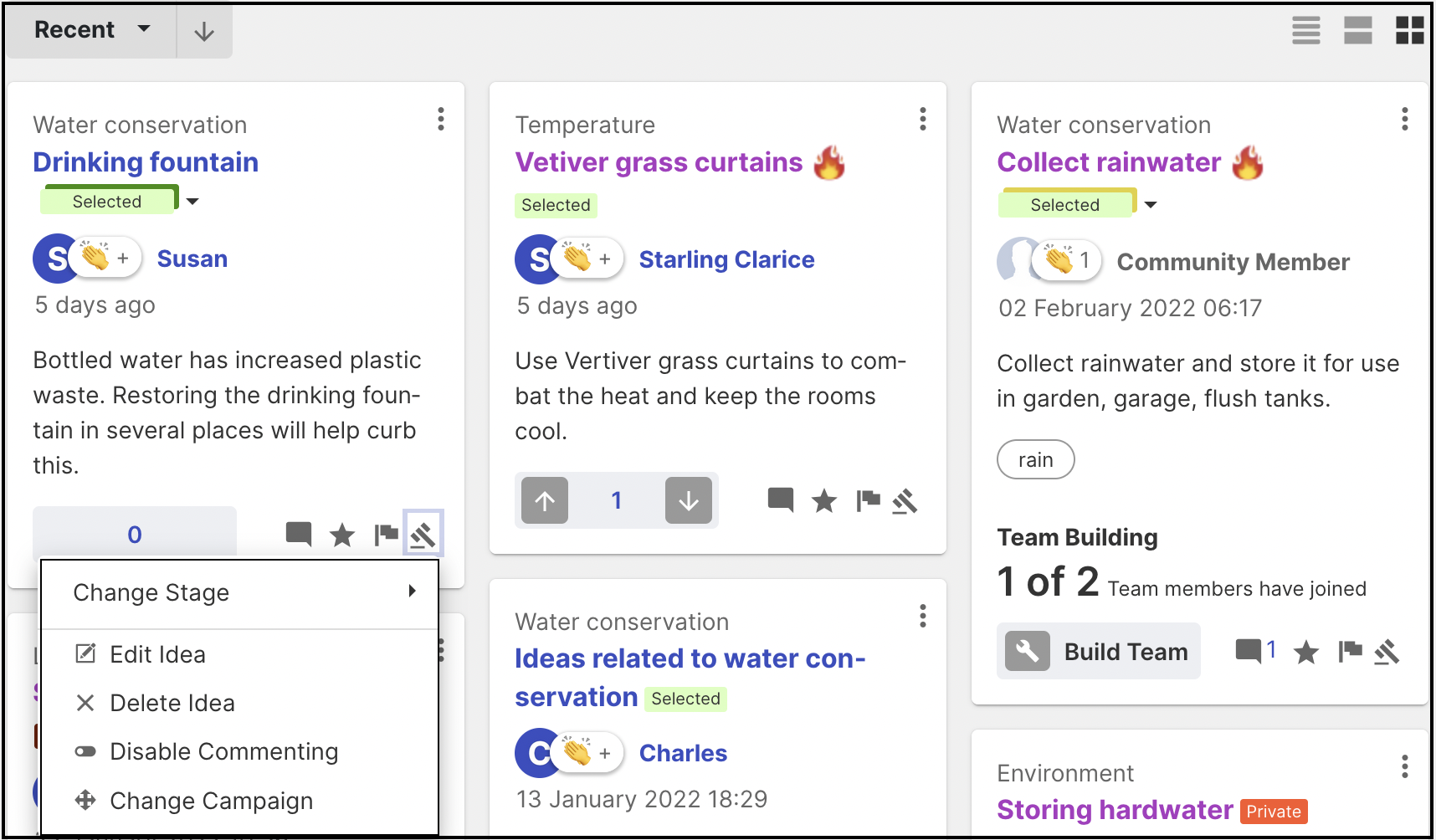 Moderator needs to click on Edit Idea from the dropdown where a new window of Idea Submission Form will open for editing that idea. After editing the idea, click on the Submit button.

Here is where moderator can disable comments for an idea when selecting Disable Commenting from the dropdown.

Below is the screenshot after disabling commenting. No area for new comment submission will be available. 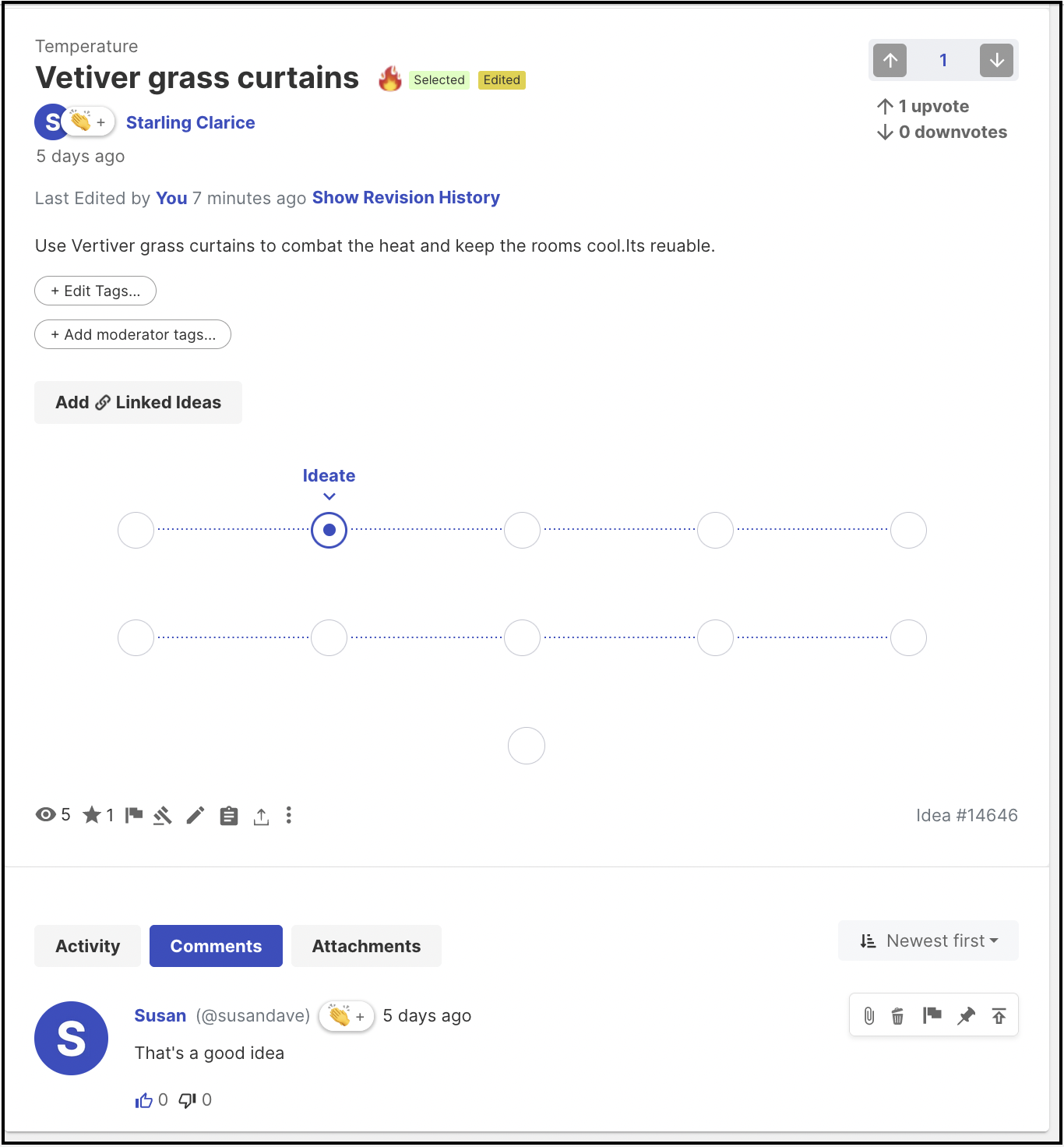 Moderator can move an idea into a different campaign by clicking Change Campaign from the dropdown and then selecting a campaign and stage.

Note: 'And Stage' option will not appear if the idea is being moved to the campaign which resides in the same funnel as the current campaign.

Pin Idea to the Landing Page

This option will be available when the community will have a landing page. If the moderator selects Pin Idea to the Landing Page from the dropdown, that idea will be shown in the landing page.

Off Topic and Recycle Bin

a) Off Topic: This is the status and label for an idea if is not relevant in the context of this community. The idea is viewable and searchable, but not part of the main list of ideas (Popular, recent, etc).

b) Recycle Bin:  In this stage, Idea will not be considered as an idea in the community. That idea is hidden entirely from the members of the community.
Please Note: A standard user can view an idea if searched by the Idea Title or Idea Number.

This feature will be available to the moderators from the Incoming Moderation dashboard or Idea Portfolio only. Cloning an idea allows you to copy the exact idea to another campaign and a specific stage in the new campaign.

Please note: Cloning an idea cannot be done with multiple selections or in bulk.

Merging an idea is unique feature that helps us to merge two similar ideas making them as one single idea. This option is available to the moderators from the Incoming Moderation dashboard or Idea Portfolio only.