How Moderators Can Link Ideas

Linking Ideas is a function that allows administrators, moderators, and members to show ideas that are similar to other ideas without having to do a full merge.

Linking ideas can be done with several types of linking options available. 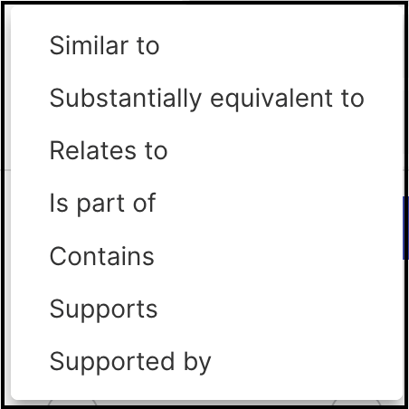 Contains: The content of one idea is mostly contained within another idea.

Supports: The idea supports the other idea, which is different or better.

Supported by: It cross-references 'Supports'. The idea is supported by another idea

The link idea option appears to members at the time of idea submission in the submission form. As soon as a member enters the title, similar ideas to be linked appear.

Members can also add links after the idea submission from the idea details page.

The link idea option appears to moderators in two places:

Once a moderator links an idea, that particular idea can be easily unlinked by clicking on the cross sign next to the idea title. The same idea can be linked to different ideas as well. In the central area of the Moderation screen, Linked Ideas section shows up with the idea title of the linked idea. 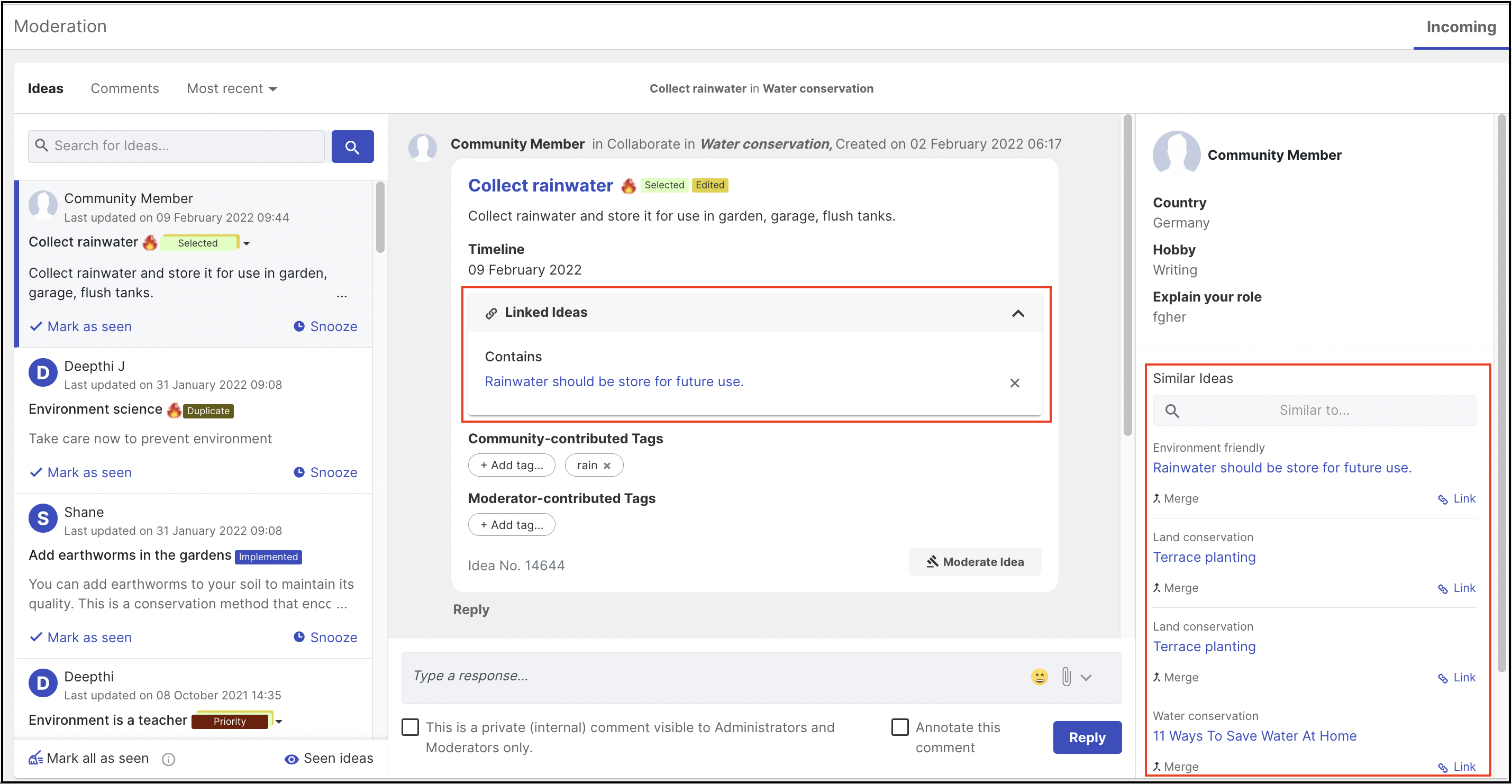 2. The similar ideas view in the idea detail page (Front End) also shows linked ideas that are reciprocal in nature and are linked to each other.

Moderators can link/unlink ideas from here as well. Similar to the central area of the Incoming Moderation dashboard, 'Linked Ideas': section shows up with the idea title of the respective linked idea on the Idea details page. 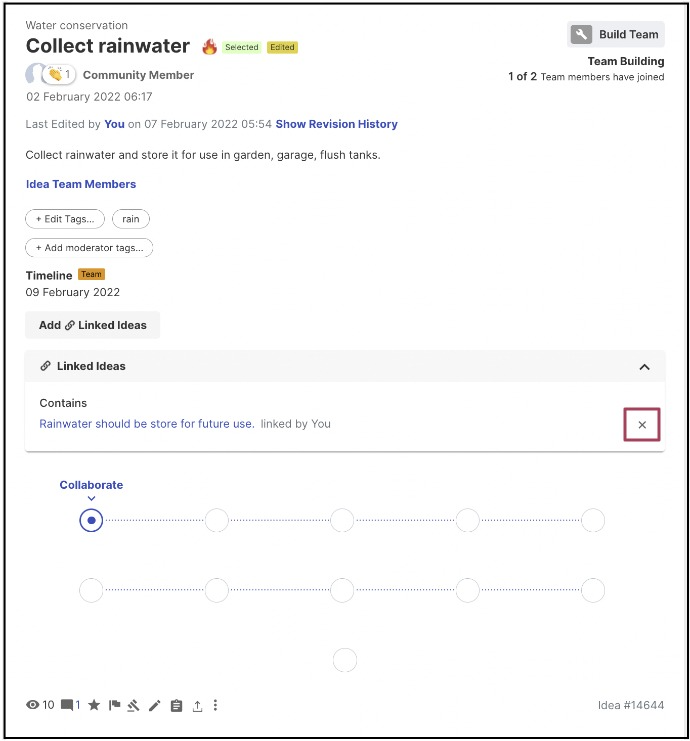