This section is a part of Advanced settings.

Toggle the switch to Advanced to access the setting.

Curse filtering feature blocks certain abusive words from the community as well as has filtering over Emoji which can be used in an inappropriate manner in the community.

Words auto blocked would be f***, s***, a*****, d******, c***, vagina, and penis.
If users try to submit an idea containing profanity words it will be blocked, they will see a message on the idea submission form itself. The idea will not get submitted unless those words are removed from the idea. 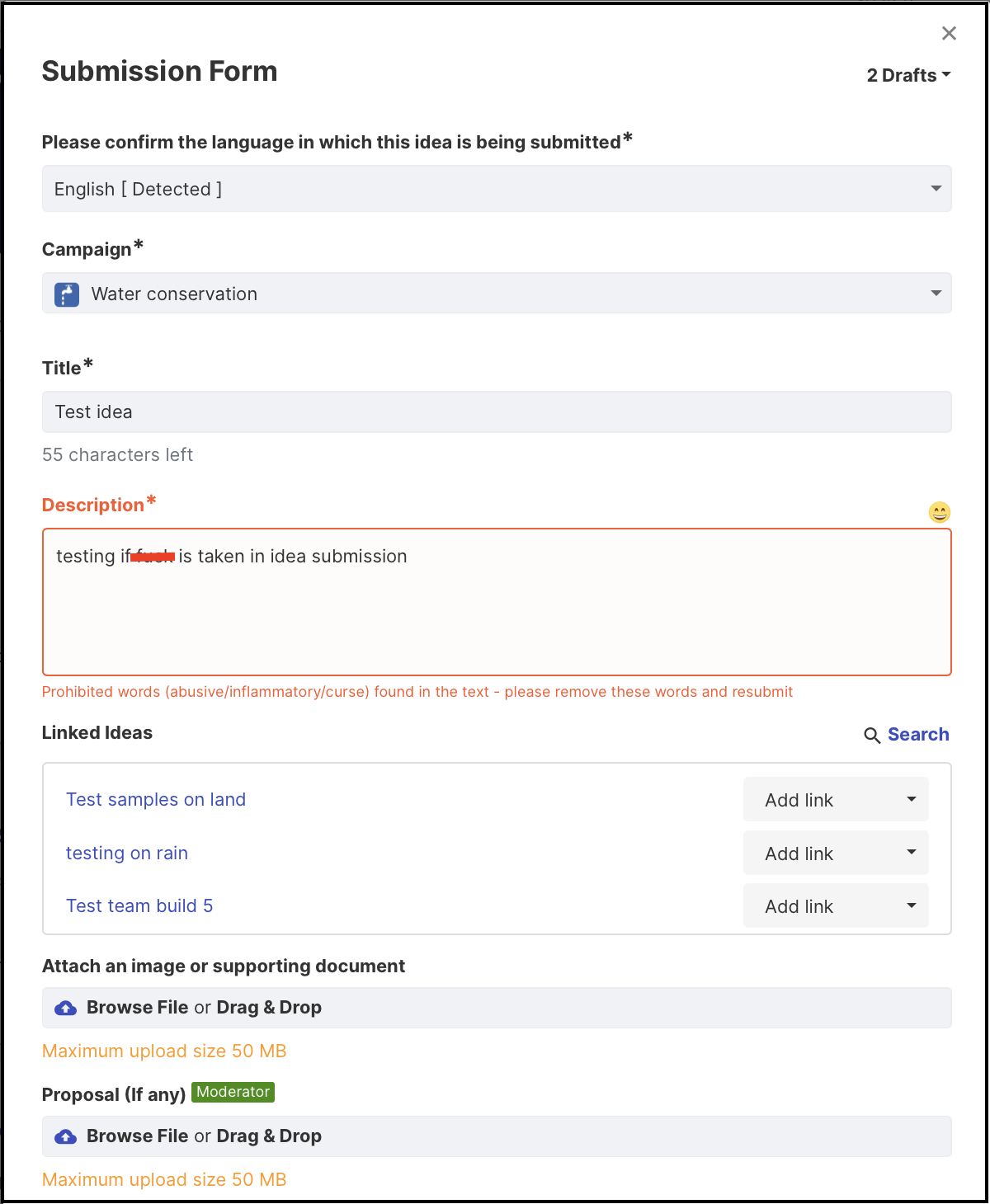 Auto-Moderate Submission:
The administrator can enter additional words other than the default as profanity in the text field provided in the Curse Filtering section. Those words, if used in an idea submission will not be auto blocked but instead, the idea will go in pending approval state for the community moderator to review.


Similarly, emoji icons can also be selected by clicking on the emoji icon on the right corner.