Funnels provide the ability to create multiple different stage sets within the community that can each be selected when creating a campaign to ensure the correct workflow for a specific use case.

To create a funnel navigate to the Funnel Management section of the admin panel. From here administrator can create multiple funnels, as well as review all the funnels currently created in the community: 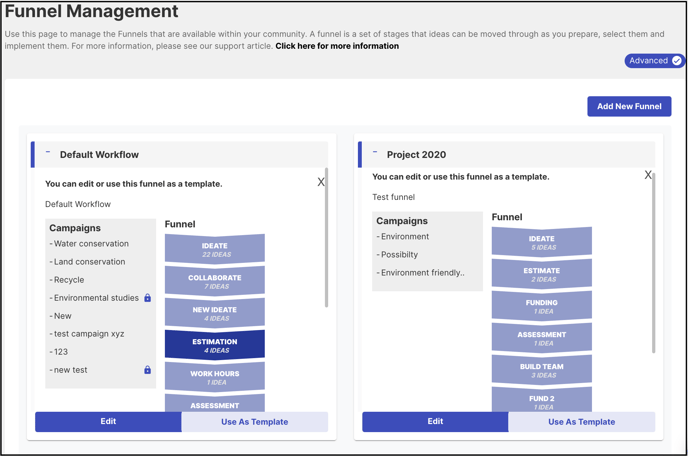 Each of these funnels can be previewed and edited at any time. Simply select the functionality and order the stages as per preference.
All the private campaigns will be denoted with a lock icon next to them. 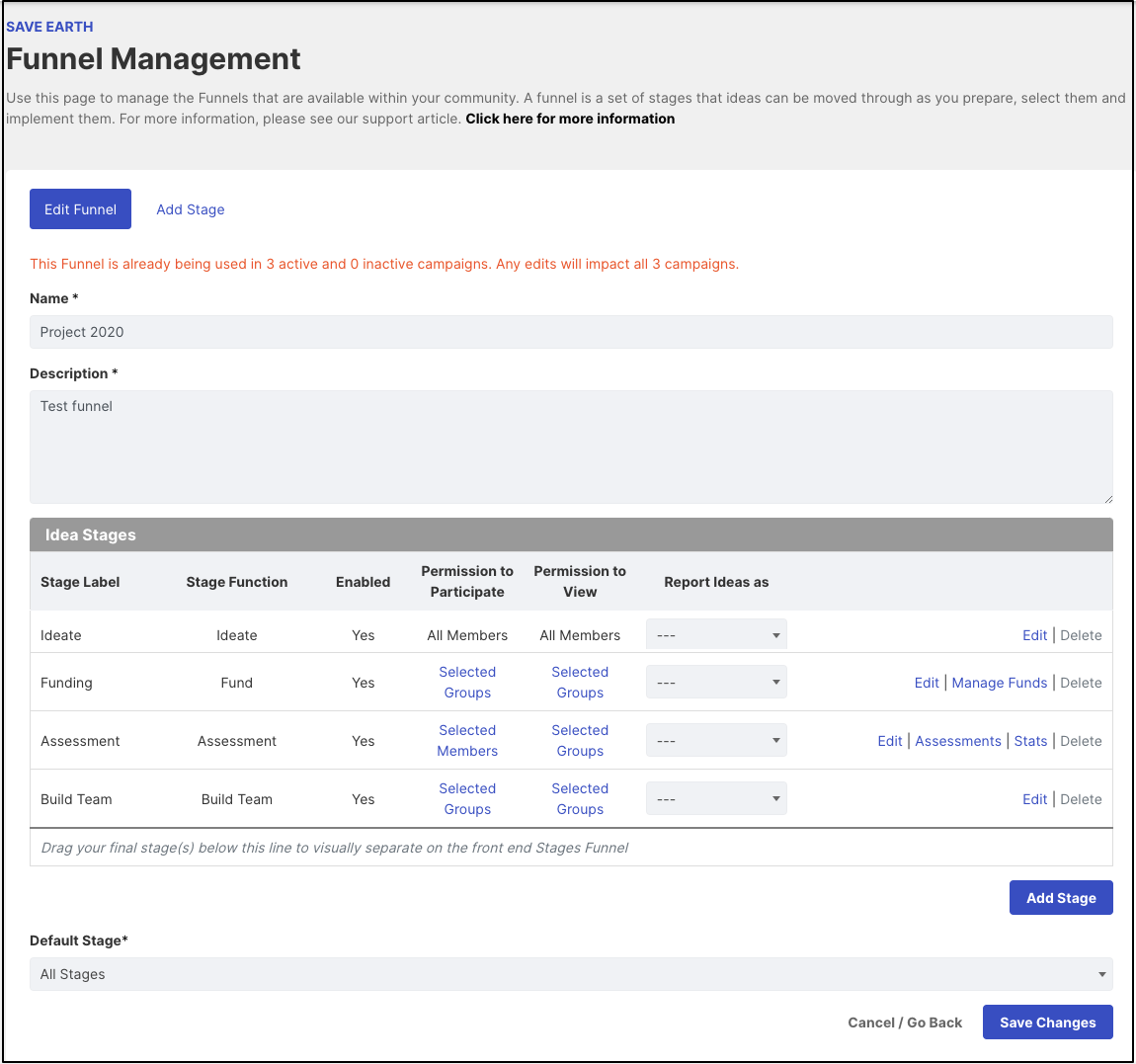 If the admin tries to make changes and navigate from the page without saving, a system prompt will appear for permission to move away without changes.

While you are on Edit Funnel tab it will always display the number of active and inactive campaigns the funnel is being used in.

Selecting a Funnel:
Once a funnel is created it can then be selected for use under the Funnel segment of campaign creation. All ideas submitted to this campaign will then progress through that specific group of stages. 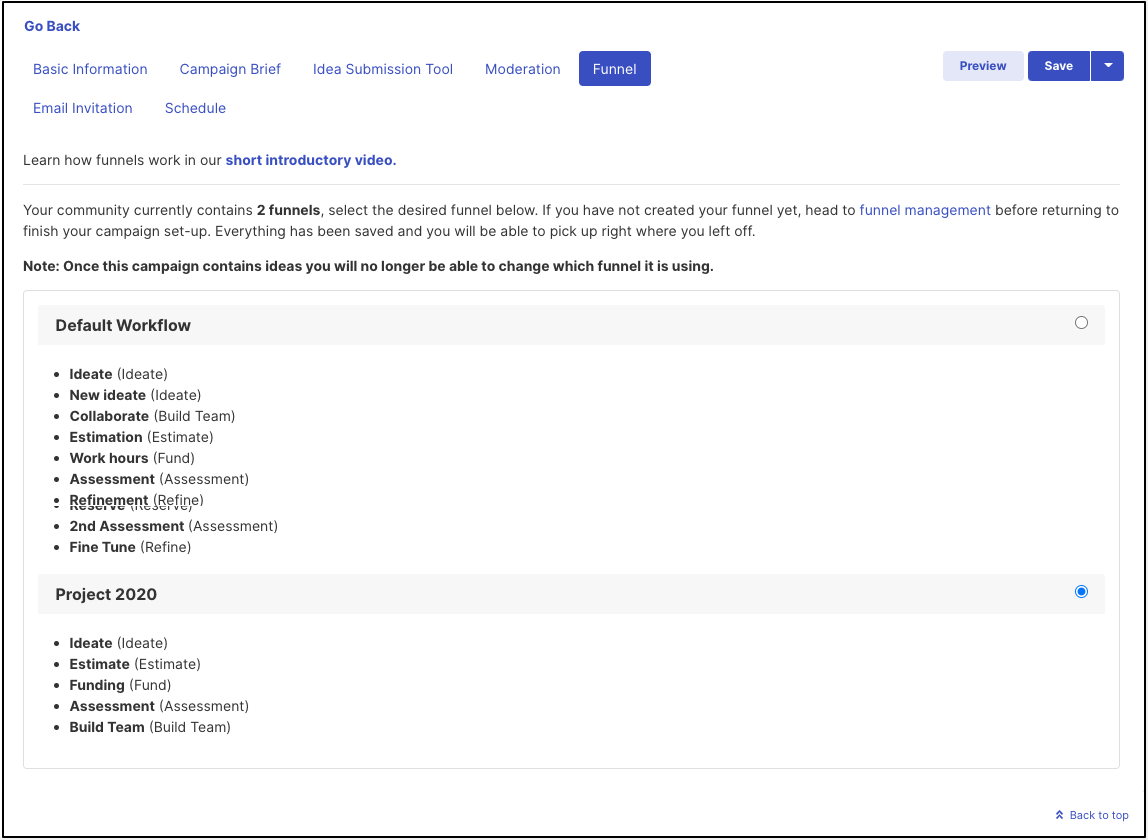 Things to Consider:
Do you need to create a new funnel for each new campaign or share an existing funnel that is being used on another campaign?

When making this decision there are three important considerations:

1. A separate funnel for each campaign can be easier if you are not sure if the funnel will change. If two campaigns are using the same funnel, a change to the funnel will impact both campaigns. This can be great - e.g. if you have two different campaigns in which you want to ensure all the ideas go through the same process - but it can be less flexible. If you are unsure how a campaign is going to develop it might be wise to give its own funnel to ensure no conflicts if you want to edit the process later on.

2. Campaigns that share a funnel allow for easier cross-campaign comparison and shared stages. As mentioned above, having two campaigns share the same funnel is a very effective way of ensuring ideas from different campaigns go through the same process. A great example is that the results for reviews conducted within campaigns sharing a funnel will be displayed in a single report, allowing you to prioritize ideas across several topics using a single set of metrics.

3. Once a campaign has ideas in it you cannot switch between different funnels. This is perhaps the most crucial thing to remember; once a campaign contains ideas, you will no longer be able to change which funnel it is using. So make sure you are confident in your funnel before launching any high-profile campaign.

Note: In order to change a funnel for an existing campaign all ideas including the ideas in Pending, Off Topics, and Recycle Bin should also be removed.