IdeaScale allows you to post Twitter messages when an Idea meets a "Threshold". When an idea gets commented upon or voted up "x" times, the system automatically posts a Twitter message with a link to the idea. 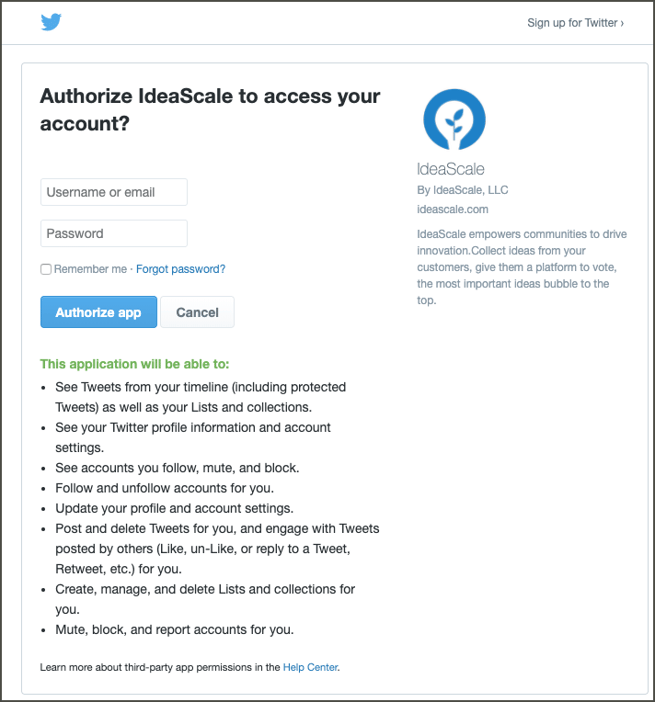 On authorizing this app, the Administrator sees the message" Connected to <Administrator's email address>", appearing below the line "Authorize IdeaScale to Connect to Your Twitter Account".  The administrator will see a message "Application has been successfully installed" once the app is installed. 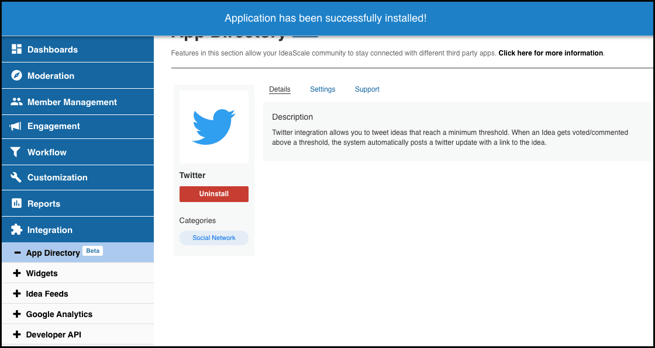 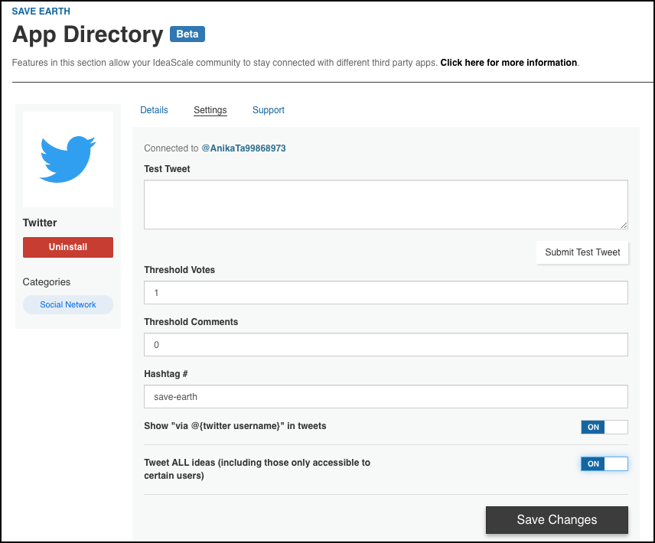 3) Threshold Comments: Specify the threshold comments. Once the idea has a specified number of comments, it is posted to the Twitter feed.

4) Hashtag#: By default, the Community name is the Hashtag. However, the Administrator may choose to replace it with another one.

5) Show "[email protected](Twitter username)" in tweets: ON indicates that the Administrator has chosen to display the user's identity on the ideas which appear in the Twitter Feed.

6) Tweet ALL Ideas (Including those only accessible to certain users): Enabling this would allow you to tweet all ideas which would also include the ideas in a private campaign.

Below is the screenshot of how the idea will be displayed on the Twitter feed. 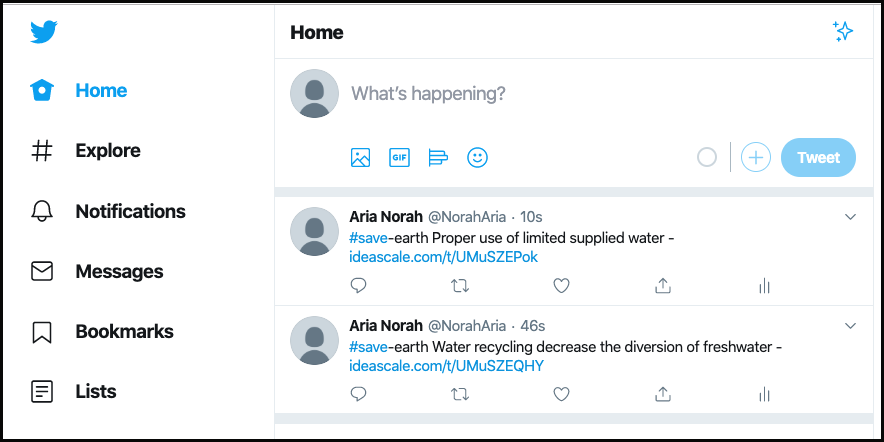 The Twitter integration can be disconnected by simply setting the Authorize IdeaScale to Connect to Your Twitter Account setting to OFF and then Saving the Changes.