The Idea report shows a view of the top most idea based on the number of votes, comments and activity score. 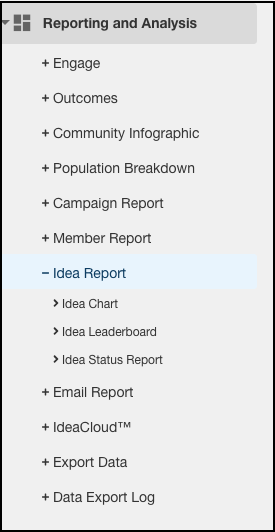 Idea Chart
This chart provides you with a breakdown of your ideas in your community by State (Currently States from The United States of America) or Custom Idea Field. You can also breakdown by Number of Votes, Comments & Activity. 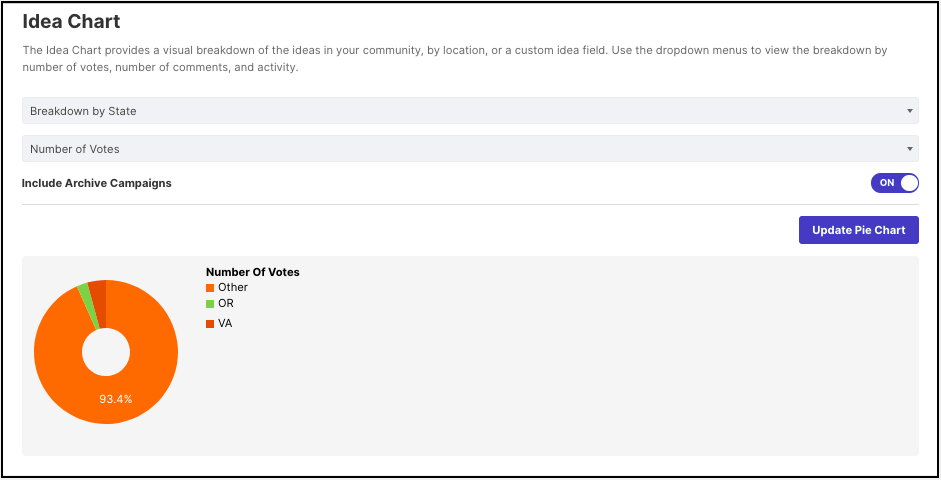 Idea Status Report
This report shows a graphical representation of the ideas in your community by the Idea Status and on the campaign level.

Note: These reports cannot be downloaded.