Ideas in Ideate Stage are Editable by Idea Submitters and Co-Authors: When ON, the Idea Submitter, and co-submitters are allowed to Edit the idea even after Idea has been submitted. Note: The idea submitter can edit the ideas only if they are in the Ideate stage.

Allow Idea Report abuse or Report duplicate: Enabling this setting will allow members to report an idea as abused or duplicate.

The below video shows where you can retrieve your draft idea.

You can also find all the drafts in which a specific campaign is selected from the Profile >> My Ideas >> My Drafts tab. 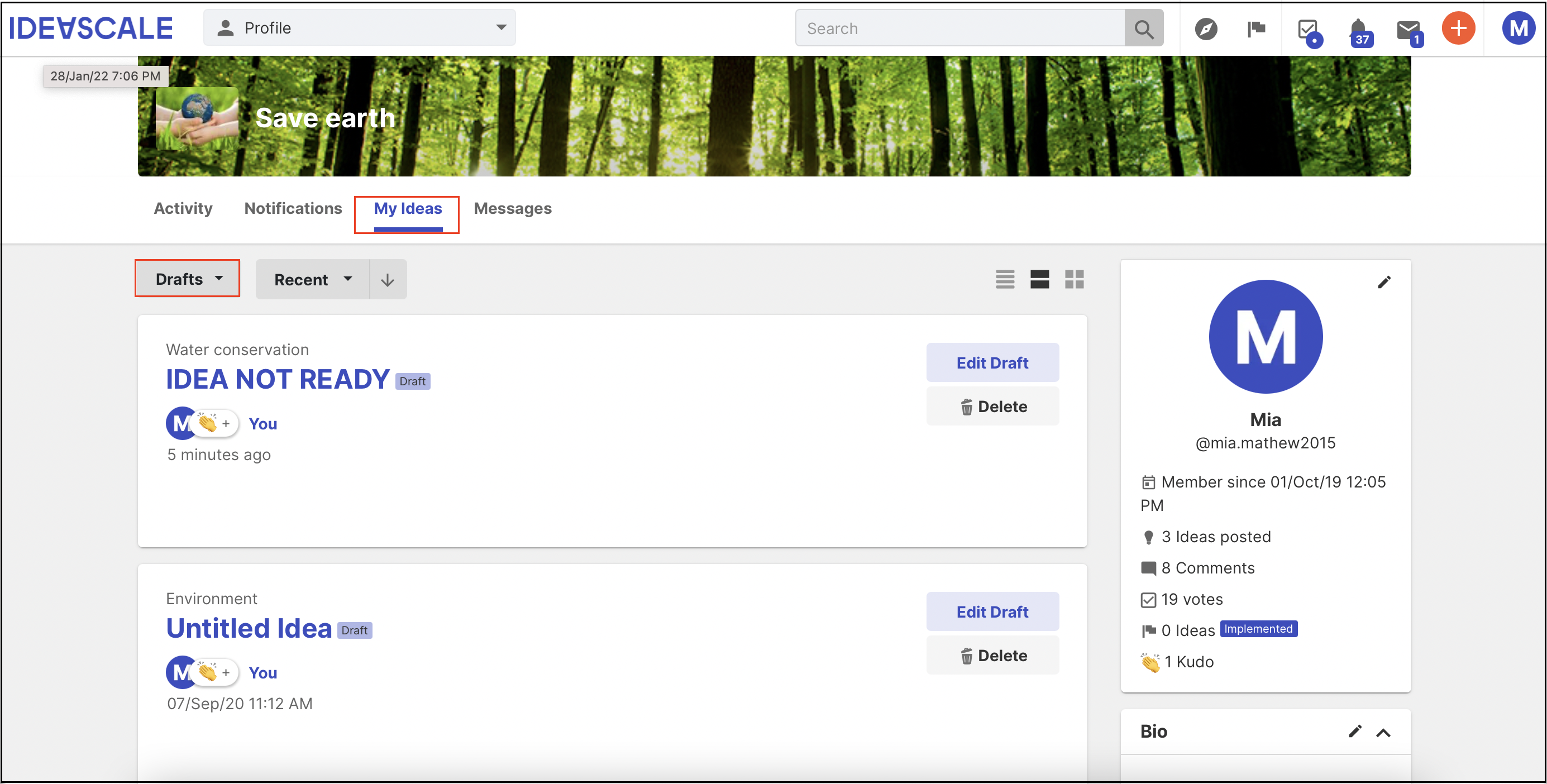 Further user can change the display of the ideas into List View and also Grid View by clicking on the icons to right side of My Ideas tab. 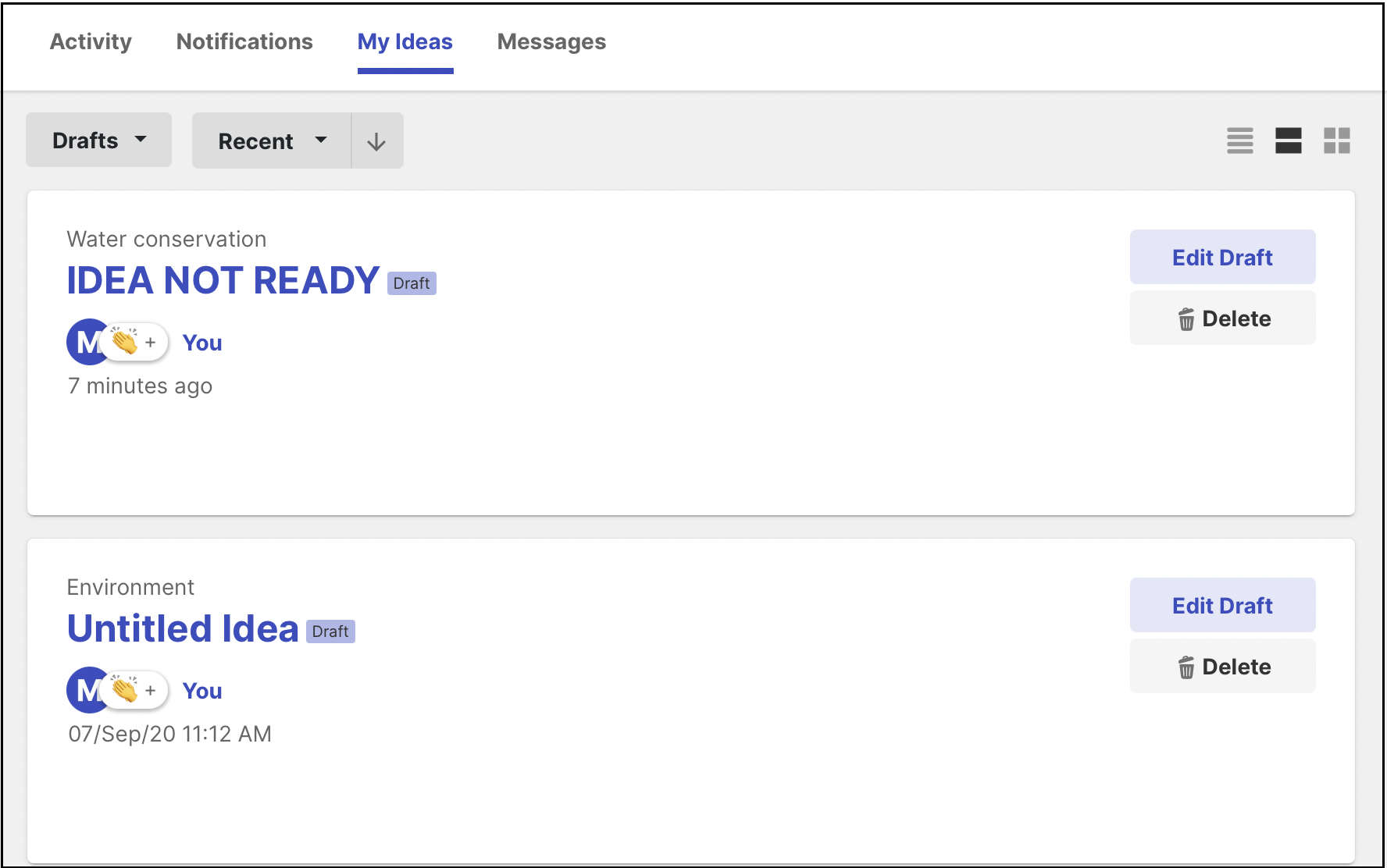