In this stage, participants assemble teams of experts, implementers, and colleagues around the ideas. 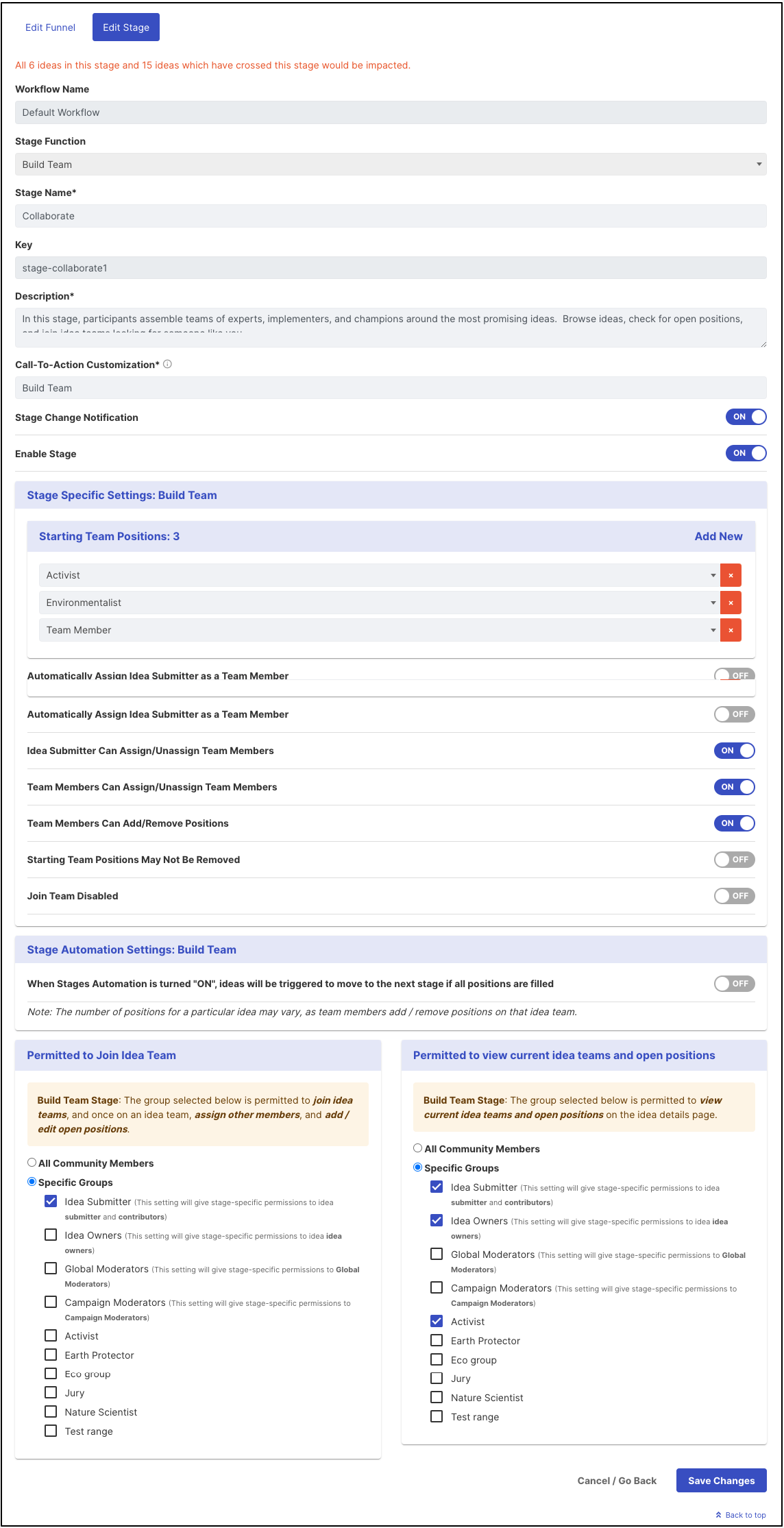 Team building can be designed using the Team roles functionality from the community Settings section.

Setting up these roles will help members to build the Idea team. Please refer to the following link for more information: Team Roles 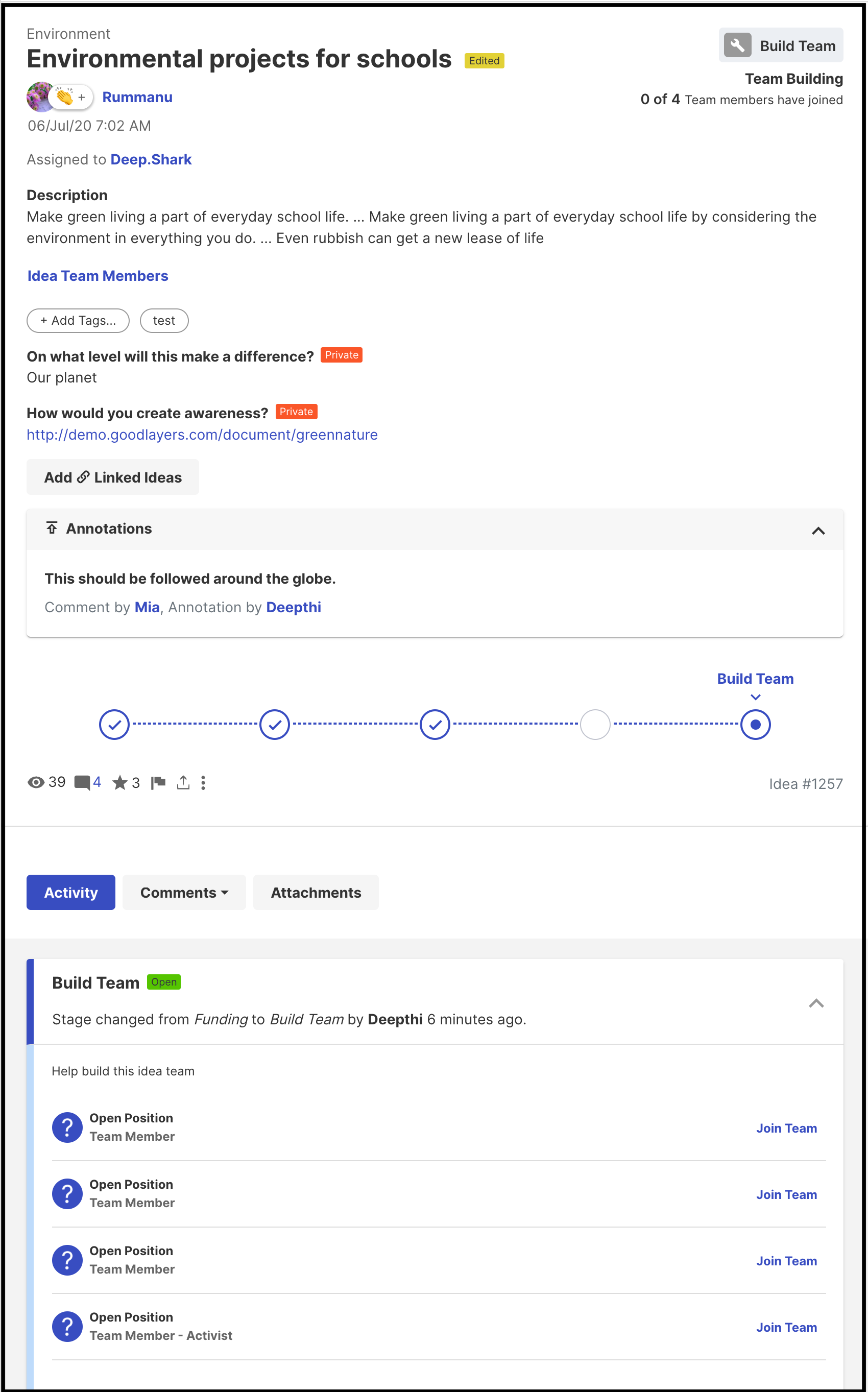 For Ideas moved to the Build Team Stage, members can either Join Team using 'Fill this role' option and message each other from the Idea Details Page - depending on the settings enabled /disabled by the Administrator while setting up the stage.

Participants who are not permitted to view or participate will not see the progress bar, the number of team members who joined or the build team details. 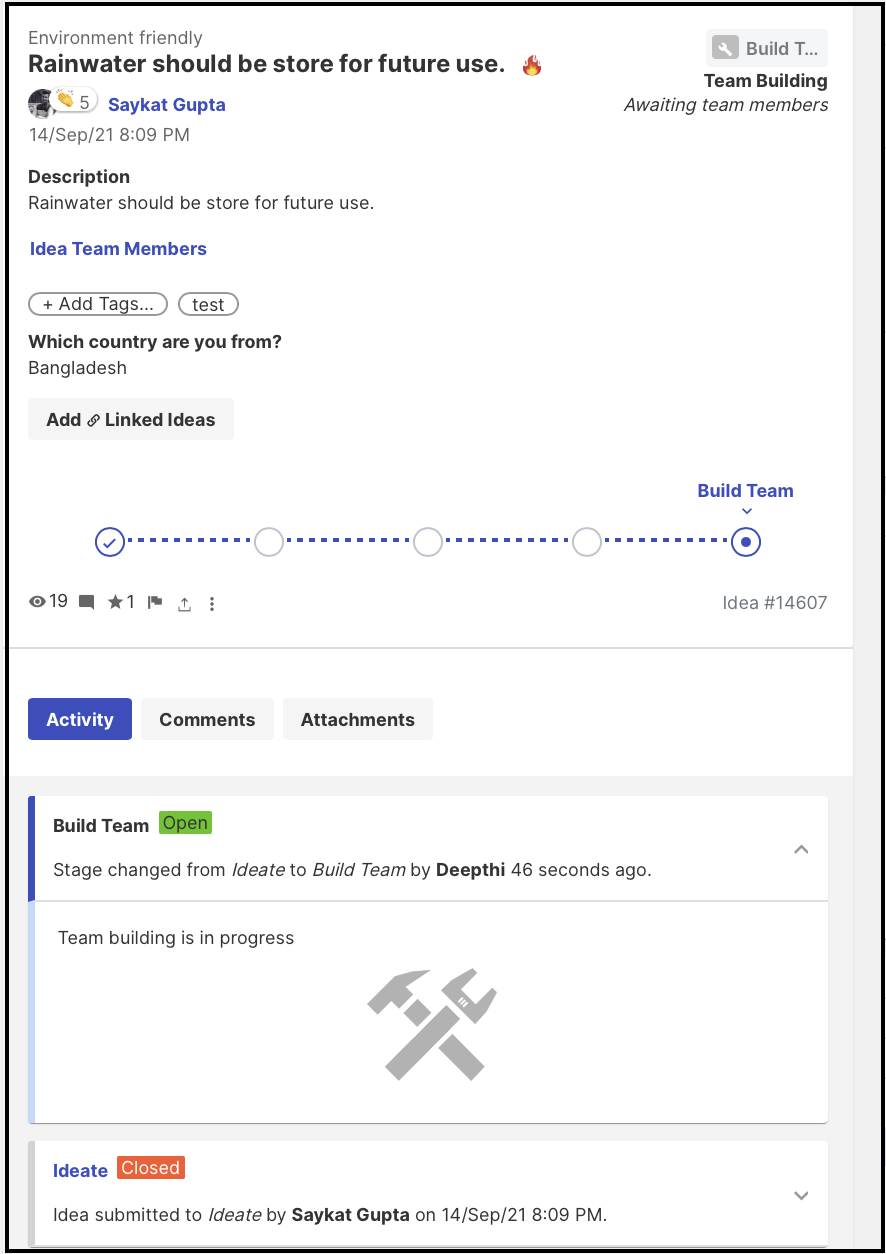 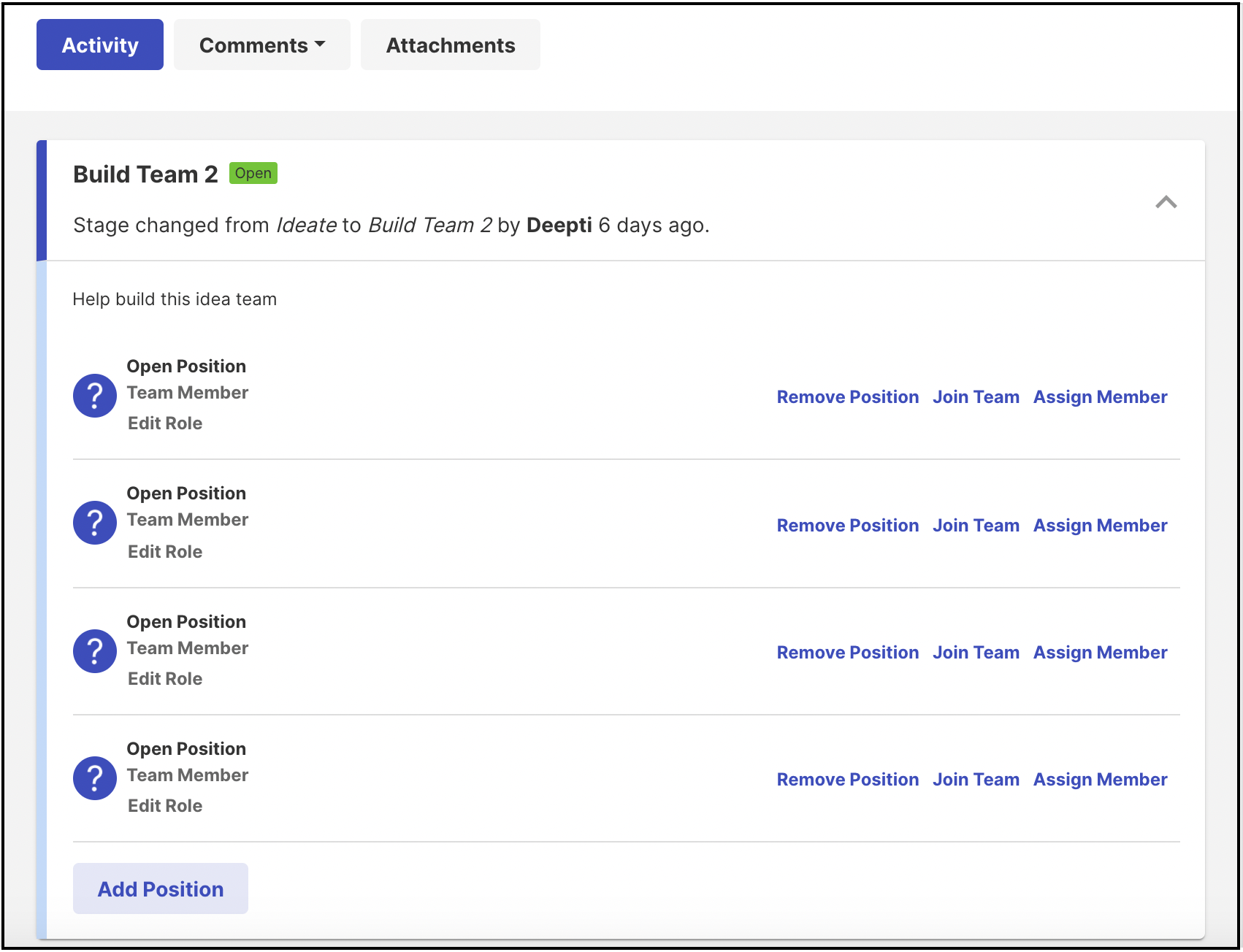 For Ideas moved to the Build Team Stage, the admin/moderator can either Join Team, Assign / remove members from the team, Add/ remove positions, Edit roles and promote a user as the idea owner.

Every time a member is assigned as a team member the respective member will get an email notification as below to notify them. 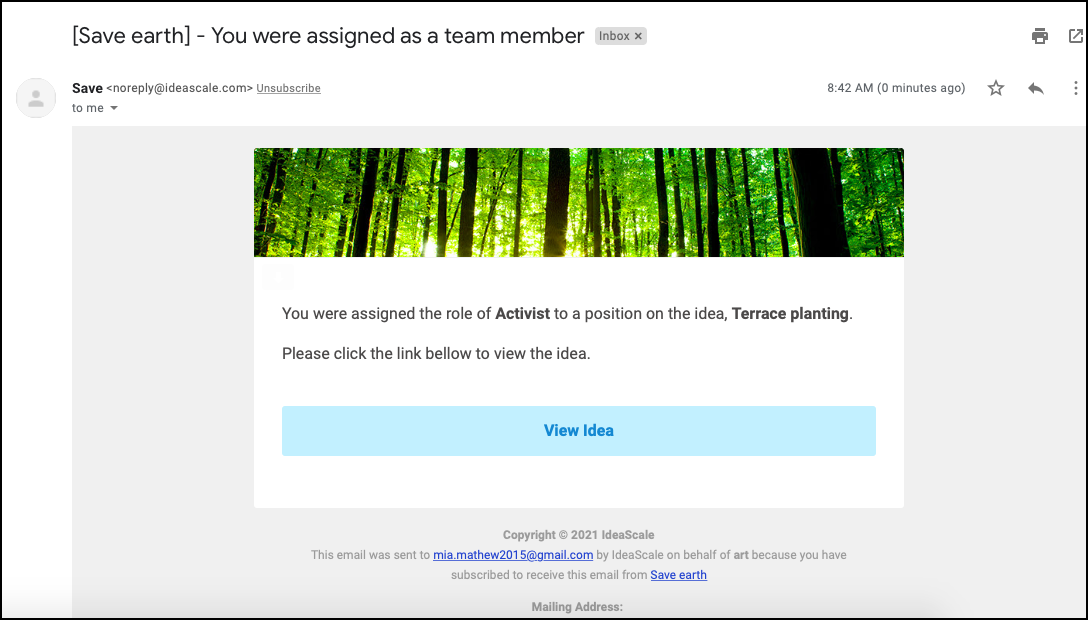 Two Heads are Better than One: Team-Based Idea Submission lets multiple community members be attached to an idea and work towards the successful completion of the idea.

Team members, work alongside the Idea Submitter for the successful completion of the idea. To do so they are permitted to Edit and thus improvise the idea. Non-team members do not have this ability. They can only Message the Team Members.

Here is a short video of how to set up the Build team stage: